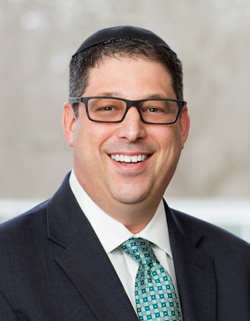 A "lawyer's lawyer" is how others in the industry have described Mitchell A. Nathanson. Attorneys from across the country consider Mitchell their "go to" lawyer for their own clients when seeking to enforce judgments against debtors in New York State. He will leave no stone unturned when searching for assets, and his determination and perseverance combined with personal attention to detail are evident throughout the judgment enforcement process.

In 1991, Mitchell graduated from Benjamin N. Cardozo School of Law in New York City, after earning a degree in Political Science from Yeshiva University in Manhattan. While at Nathanson, Devack and Memmoli from 1992-2004, he earned the respect of his peers for his integrity and legal acumen. Mitchell is admired for his straightforward and analytical approach to assessing and resolving legal issues. Mitchell continuously maintains the Martindale-Hubbell "AV" rating as a pre-eminent attorney and has developed professional and courteous relationships with the area judges.

It is a testament to his success that all of Mitchell’s clients followed him to The Nathanson Law Firm LLP when he and his father, Mark Nathanson, established their partnership in 2004 with a mission to ensure that each client’s problems and concerns receive the utmost care and attention. His clients include members of medical practices, banks and lending institutions, private schools, and commercial creditors in both retail debt collections and consumer credit transactions. He has received referrals from attorneys in more than 25 states on behalf of their commercial clients, assisting in collecting debts to satisfaction or settlement, via execution when necessary. He is often retained to sue debtors who may have assets in New York, and to domesticate sister state judgments pursuant to the full faith and credit clause of the United States Constitution, as well as for general judgment enforcement proceedings, foreign and domestic.

Local clients from Nassau County and Suffolk County seek Mitchell's guidance to evict tenants and to defend against eviction in non-payment and holdover proceedings, where he serves as counsel for both landlords and tenants at the District Courthouse. He is highly regarded for his drafting and negotiating skills, representing either purchasers or sellers in residential real estate transactions, as well as landlords or tenants for residential and commercial leases.

Mitchell is active in community affairs and is known by the local politicians both as a lay leader and in a professional capacity. Not only have the local synagogues retained Mitchell for pro-bono matters, but the Rabbis have also referred their congregants to Mitchell for foreclosure defense, debt resolution, debt relief, debt settlement, asset protection, wills, estate planning and traffic violations, as they are aware of his calm demeanor and concern for the well-being of all clients of The Nathanson Law Firm LLP.

When not at the office or in court, Mitchell relaxes by watching the New York Mets. Even then, Mitchell remains accessible to clients and will respond to any crisis that may arise at a moment's notice. 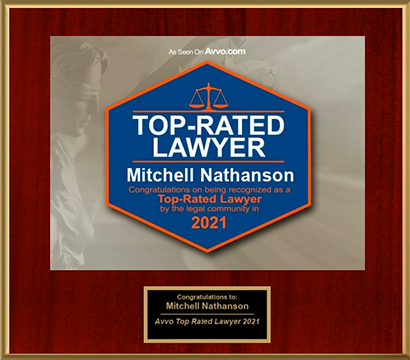 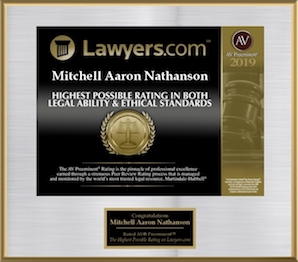 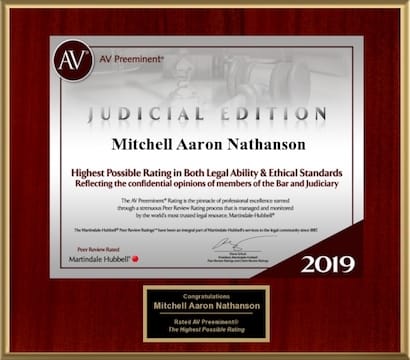 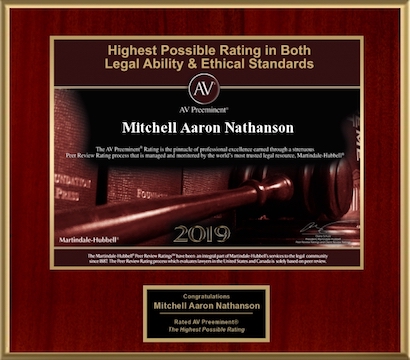 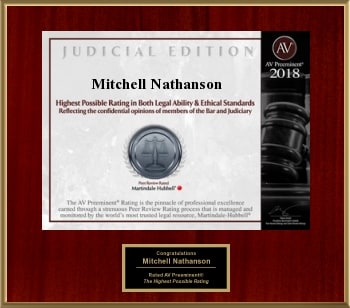 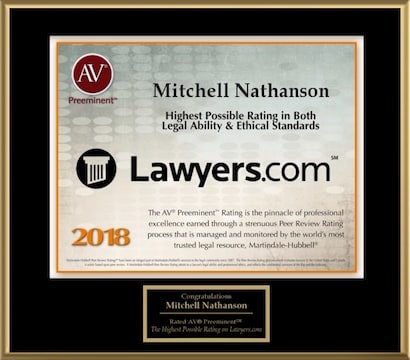 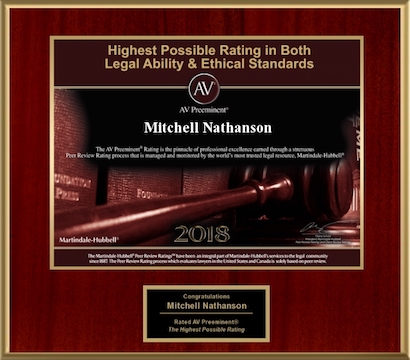 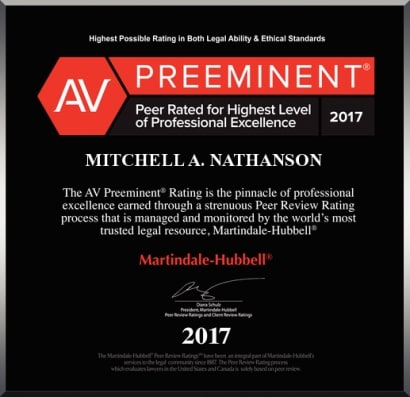 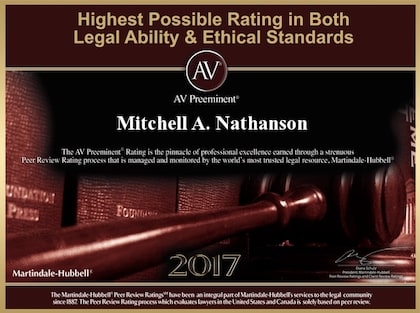 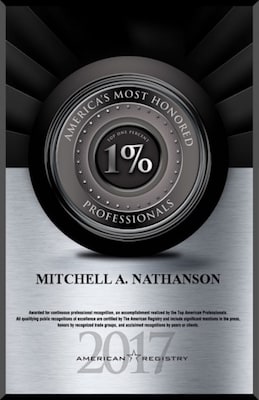 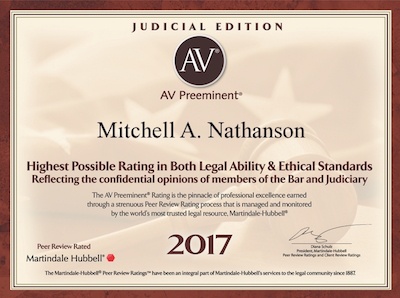 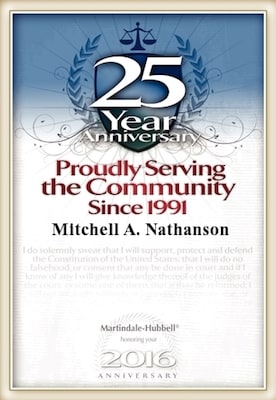 Client Reviews
★★★★★
Mitchell Nathanson was a pleasure to work with. He represented me with class and respect. I highly recommend at least doing a consultation with Mitchell to see what he is all about. The care he shows for his clients and his dedication to making sure they reach an agreement that his client can be happy with is something to be admired. Gabriel
★★★★★
High quality legal work at an affordable price. Initial consultation discussing desired legal services and potential charges. Established a timeline to complete the work. Legal work was completed promptly at the price discussed in the initial consultation. Professional, itemized billing statement describing services and charges. Eric
★★★★★
Mitchell Nathanson is a rarity these days. He is a true professional who does what he says and works hard to get the job done right the first time. You get what you pay for and, with Mitch, you get a highly qualified attorney who puts his clients first. It is definitely worth repeating, Mitch gets the job done right the first time. Michael Augustus
View More
Submit a Law Firm Client Review